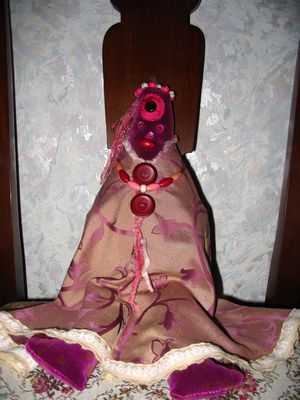 In textiles class, we were introduced to the idea of figure or doll-making.  They don’t need to be pretty, or to resemble actual figures.  I simply chose some material and got stuck in without any idea in my head of what I was going to make.  I chose some beads, buttons and yarns and started to embelish her.