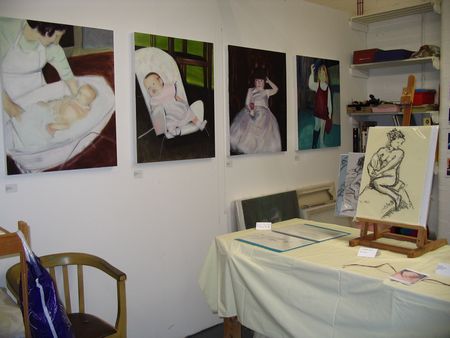 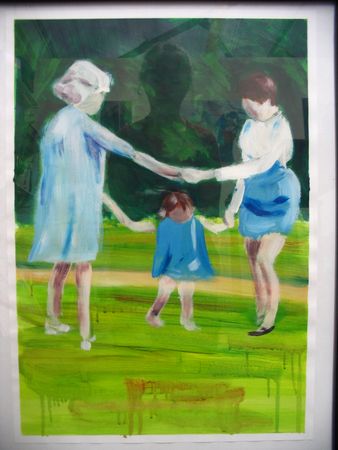 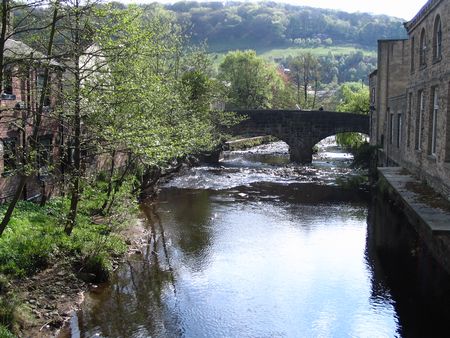 Do you fancy a weekend in the gorgeous surroundings of Hebden Bridge, with an intensive two days of landscape painting and drawing workshops?

Northlight Studios are running their first Summer School starting Friday 31st July in the evening.  Mary and Perri who are the two tutors are great at sharing creative new approaches to painting and drawing, and are also very good with beginners (I know – Mary taught me for a while!)

You will also get an opportunity to look around the studios and meet some of the other artists on the Friday evening.   Maybe see you there!

It has been very quiet here of late, mainly because I’ve been very busy preparing for various shows.  At the beginning of April, I decided to make a completely new body of work for my final HND show, and I’ve painted 10 paintings in the space of two months.  This has been a great experience, as that kind of intense and focused activity has increased my confidence in painting considerably.  I can see why it is such good practice to do something every single day, as it trains the eye and the part of you that links what you see to what your hand is doing with the paint brush.

Here are some details of the shows I’m involved with:-

Hebden Bridge Open Studios – a chance to come and look at where I make work!  Studios in and around Hebden Bridge will open their doors to the public on 3rd, 4th and 5th July 2009.  As part of the Open Studios at Northlight Art Studios, we will be having a group exhibition – 20:20 – in celebration of the studios’ 20th birthday.

I’m also involved with the Handmade Parade again this year, which is shaping up to be a lot of fun.  Last week I helped design and make a ‘punk slug’.   There are workshops which you can join in to make your own costume, and the parade day is on 20th June and should be quite a spectacle.

So as you can see, lots on at the moment! 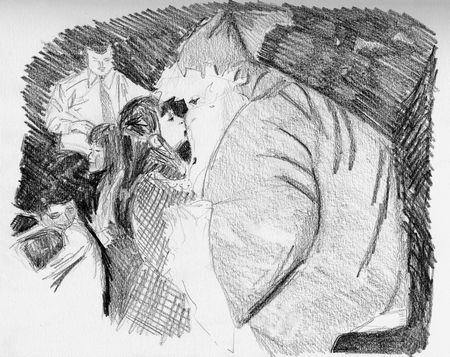 5b pencil drawing in sketchbook

I’ve been having a bit of a fallow period art-wise, having been busy with other things, and with less going on at college.  I’m having to learn how to pick myself up, and work out what things will get me making art again.  Drawing in my sketchbook seems to work – my sketchbook is like a cosy room where I can go and draw in privacy, and I don’t have to show anyone if I don’t want to.  Another activity which is getting me inspired to start ‘doing’ again is reading about art.  I picked up my copy of Artists’ Newsletter and started to read some articles, and that’s doing the trick nicely.

What kinds of things get you making art again after a fallow period?

Yesterday morning, a friend took me up to the Bronte Parsonage Museum to see an exhibition by Annelies Strba.   Strba had produced a series of haunting images in response to the Brontes and their home.  The images are digitally manipulated photographs of her daughters and granddaughters (I believe), and they have a fairy tale quality to them.  They are displayed on small canvases, carefully placed throughout the rooms of the museum, as if they were objects that could have been owned by the Brontes.  I found that these small, luminous images added a feminine spirit to the rooms, as if they were the spirits of the Bronte girls themselves.  In fact, I think they represent dreams – actually, Strba’s dreams but they could be the dreams of poor Emily Bronte who died on the sofa in the house.  The story of the Brontes is actually quite sad – the last remaining daughter, Charlotte, was only 38 when she died in childbirth – a death tragically prophesied by her Father who didn’t want her to marry her curate husband as he was afraid he would kill her.  Some of Strba’s pictures are quite dark, possibly in response.  Others explore feminine experience in quite an imaginative way, particularly one positioned over one of Branwell’s paintings of Madonna and Child, which I think explores what Mary’s actual experience might have been.

Overall, an extremely rewarding exhibition, and I would definitely recommend a visit.  It’s on until 31 October this year. 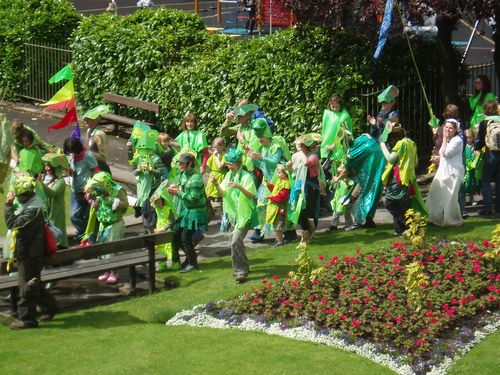 Well, I’m very pleased to report that both pictures sold!  The auction went very well, and we raised nearly £1,000 for the Big Shed Arts community project.

In other news, I volunteered for my first community arts event yesterday.  We spent the day with a primary school, doing block printing with them to create colourful flags which will be carried in the Hebden Bridge Handmade Parade on July 19th.  I had a fabulous time (and so, hopefully, did the children!) but I have never been so tired in my life!  I take my hat off to all teachers everywhere – they do an amazing job.

Thank you to all of you, my friends and readers for your support and friendship this year.  I hope you have a very happy Christmas, and a peaceful and fulfilling 2008. 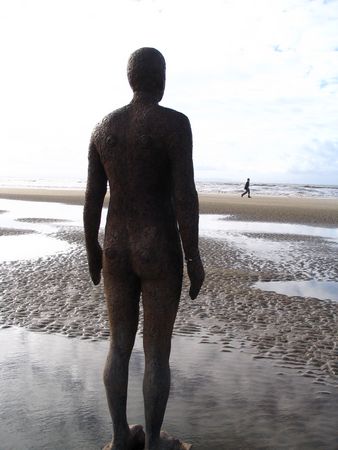 This Tuesday, we visited Anthony Gormley’s Another Place sculptures on Crosby Beach.  They have now been granted planning permission to stay permanently.  There is something quite spiritual about these figures, as they stand patiently looking out to sea.  They are also eroding beautifully, creating some fascinating surface textures. 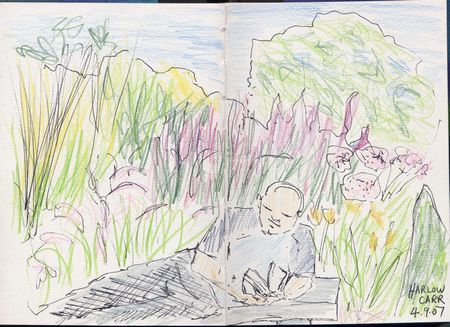 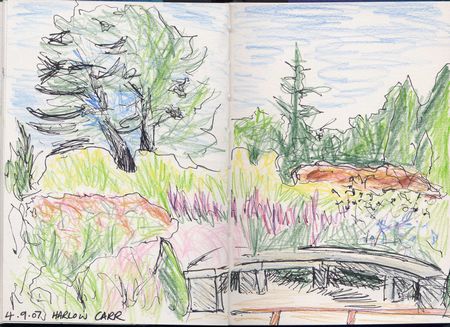