The Prince finally made it to the sleeping Princess, and gazed down at her beauty before bending to kiss her red lips.  She awoke at once, and looked up into the eyes of the young man that she had fallen in love with in the forest.  He smiled down at her, and as he did so, she noticed that his face was changing.
The eyebrows were growing black, bushy and closer together.  Astonished, she looked down to his eyes, which were now hard and grey.  His fine nose had filled out to become large and red, his face had sprouted coarse black whiskers, and his hair was now long and shaggy.  Horrified, the Princess backed away from him, half sitting on up on the bed, scrabbling backwards with her hands.
His smile broadened, showing a set of filthy yellow broken teeth.  It was the face of her worst nightmares.
“Who … who are you?” she asked in a tiny little voice.
“I am the true ruler of this land,” he boomed, “trapped for twenty-six long years in the body of a wimpy prince by the wicked Queen who feared my power.  Only true love’s kiss could restore me to my true form.  And now, my pretty, it is done!  I can be powerful again! And you … you shall be my slave!”
The princess sobbed as the monster laughed cruelly, reaching out for her.  She leapt from the bed, edging around the room away from him.
“What’s wrong, my pretty?  Don’t you love me any more?”  He laughed again, and made another lunge.  She side-stepped and he lurched into the wall.
Noticing the spinning wheel out of the corner of her eye, the Princess had an idea.  Keeping her terrified eyes on the monster, she edged towards it. He followed, still laughing, his yellow teeth glinting foully in the candlelight.  Stopping in front of the spinning wheel, she took a deep breath and faced him.
“You will never own me!” she cried.
“Oh, won’t I?” roared the monster and lunged again.  Swiftly, she side-stepped and the monster stumbled into the spinning wheel.  He flung his hairy arms out to stop himself and as he did so, one finger landed on the spindle and a drop of blood oozed out.  His mouth opened in a wide ‘o’ and his shocked grey eyes briefly met the princess’s before they closed.  He fell back onto the bed with a mighty thump and began to snore.
The princess ran to the door and opened it.  Candles guttered on the walls showing an empty corridor.  She ran down it, through the castle and out of the main gate.  The thicket of grey thorns protecting the castle faced her and for a moment she despaired.  A white dove flew in front of her, and following its flight she spotted the path that had been roughly hewn by the ‘prince’ as he made his way to her.
She raced towards it and started to push her way through, the thorns catching on her dress as she ran.  Stopping to disentangle herself, she noticed that the thorns behind her had grown back over the path.  Gasping, she turned and picked up speed, racing as fast as the grasping thorns would allow her, all the time the thorns closing across the gap behind her.  Finally, she raced out of the thicket of thorns and stopped, blinking in the sunshine.
There came the sound of a great crowd cheering, and as she saw her Mother and Father smiling at her.  Her Father opened his arms, and she ran into them.  Hearing laughter behind her, she turned to see the three fairies, and hugged each in turn.

“Where’s the wicked Queen?” she asked.
“She heard that the monster had returned, and she was last seen rowing out to sea with her Raven,” laughed the nearest fairy.  Everyone joined in the laughter.

The monster slept on while thorns grew over the whole castle.  No true love returned to wake him, and he was never seen again.
But the Princess never trusted men after that.  She went back to live with the three fairies in the forest, and they taught her all they knew about magic.  She wandered around the forest and came to think of it as her own.
One day, her Mother and Father died and a new King and Queen came to their castle, but they let the Princess continue to live in the wood and they did not disturb her.  However, they wished for the three fairies to live with them in the castle, and so with much sorrow, the Princess and the fairies were parted.  Months past, and the Princess had little to do but tend to her forest.  She became quite possessive, chasing away any poor traveller who accidentally strayed into her wood.
Then the new King and Queen had a baby daughter.  Curious to see this new child, the Princess left her woods and went to the christening.  The King met her and gently told her that now he had a daughter, he would want her to be able to play freely in the forest, just as the Princess had done.
Suddenly incensed with rage, the Princess cried out,
“If your daughter strays into the forest, she will prick her finger on a thorn and fall into a deep sleep until true love’s kiss awakes her!”
Looking down at the ugly baby, she thought that this was rather unlikely.

If you are a writer looking for inspiration, or have always wanted to write, I can highly recommend the Season of Inspiration online course due to run from 8 October to 10 December this year.  I’ve taken this course three times now, and loved each one.  The following is taken from the course website:

Join us in making the most of seasonal colours and scents, metaphors of the season, place and time to provide inspiration for writing that’ll see you through the rest of the year. We offer support, exercises and creative bolstering. You’ll experiment with and collaborate in haiku walks, visual writing, meaningful journalling and capturing the sights and sounds of the season. Dip in and rediscover your creativity. Previous students will find all-new materials for 2007 and new students are very welcome (from anywhere in the world).

Standing at the top of the concrete steps,
rain slipping across the hill
like silken sheets.
Familiar landmarks smudged
as if a chalky hand
had brushed across them.
Below the echo of water trickling
like a toilet cistern
with a leaking ballcock.
Breathing in the railway smell
of warm diesel and stale cigarette smoke.
Beside, on the wall, a landscape appears
through the peeling red paint hanging in layers. 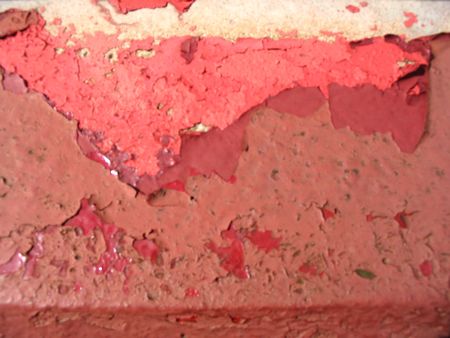 The first sign was the flash
that lit your face; the muffled
crash that had us clattering cutlery
on plates; the dash for the car.

You were in the driving seat.  I didn’t know
how you could see the road beneath
the rising tide.  The whining of wipers
left me blind.  Once home,

I ran upstairs to press my nose against
the panes of glass, made circles of steam.
Uprooted seedlings – magenta neon –
painted the sky in shades of bubblegum.

The rain drummed its final solo.
In the held breath of silence that followed
the sky glowed a bruised yellow,
holding me still in a crackling cocoon.

Something crashed to an unseen floor
pounding the boards with fists of rage
so I laid down and prayed
though unsure what for.

I checked the OU website and found that my result is available for the A215 creative writing course that I completed this year.  I’m really pleased – 80% average for my continual assessment and 72% for the examinable component.  Perhaps I can write after all.  Now, where did I put my pen?

A date has been set for the Season of Inspiration writing course for next year – 19th February.  See here for details.  Will I sign up?  Probably, depending upon when we are likely to be moving.  But I would so like to get writing again.  Anyone else up for it?

A boy stands, the light glinting
on a trumpet
clutched in his hands.
Behind, Father holds
his son’s small shoulders.

A voice sounds their names, one by one
each age pondered over
a sad reminder
of the hopes of a village
gone.

The notes hold us still in the frosty air,
and leave an echo
to bow our heads to.
We stand
in silence.

Broken only by rustling leaves
and the bustle of engines, and shouts –
Move back there!
We can’t go anywhere!
We stand firm and shut them out

While our memories tremble
on the trumpet’s echo
and drift around
like the leaves that fall
and lie on the ground.

Perched on the arm, afraid to sit down
in the sofa’s depths, a book to hand
still unread.
Around, the sounds of crumpled paper,
the pound of cardboard knocked into shape,
the rip of tape binding the base.
Thumps as books land in boxes, their order
destroyed.
The ceiling pounds with bangs and cracks,
boxes filled fast, dispassionately.
I boil the kettle, make mugs of tea.

Early morning the truck arrives, like a creature
grown on the road outside, like a hungry whale.
The doors yawn open and a ramp slides down
like a tongue.
I perch on the edge of the garden wall,
watch furniture lurching towards the door.
I swear I hear a strand of Haydn
as the piano rolls in, and the table finds
its place beside the empty bookcase.

Around the garden I stop for a word
with each familiar plant; glance up to the bird box,
empty now in the silver birch.
The lawn is mown, edges clipped,
the shed stands empty, cobwebs swept.
From the road the clang of doors closing
tolls its ending.

We wave to the men, see you soon at the other end!
The engine roars and fades into birdsong.
We turn to look our last from the door
then close it.  Hear its familiar click.
The keys beyond reach on a hook inside.

Just to make myself feel better, I’ve found my poem and typed it up. 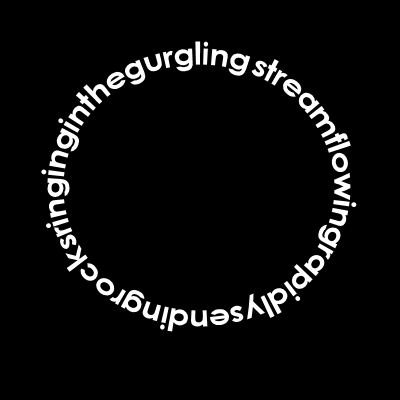